Test form here is hard to gauge given that it has been so long since Test matches were last played. Bangladesh – for example – will be playing in their first Test in almost a year, with their last outing over the five-day format being in February 2020 – pre-pandemic – against Zimbabwe in Dhaka.

The best form guide, therefore, are the three ODIs that were played in January between the two sides that will be battling on the Test match wicket this week. It was a series dominated by the hosts – in part due to some serious personnel issues in the Windies squad (more on this below) – and they won each of the three ODIs without breaking much of a sweat.

The West Indies were first to bat in the first two matches, putting up scores of 122 and 148 runs. They were run down both times in the 33rd over, with Bangladesh winning the first match by six wickets and the second by seven. The third ODI at least went a little differently, with Bangladesh batting first and putting up 297/6 behind 64 not out from Mahmudullah Riyad. Rovman Powell top-scored for the Windies with 47 from 49 balls, but they fell behind in the run chase early and were bowled out for 177 after 44.2 overs.

It was his form in the ODIs that has seen Hasan Mahmud bring included in the Test match squad for the final two matches before the West Indies head back home. The 18-man squad has one other maiden call-up alongside Mahmud, Yasir Ali Chowdhury, who is a middle-order batsman that will look to bring stability to the lineup if he is included in the matchday XI here. The other big news for the host nation is that Shakib Al Hasan – their best all-rounder – was also able to make it into the squad having recovered from a groin injury that he picked up in the third and final ODI.

The West Indies will be trying to gain some pride back after their whitewash defeat in the ODIs, but it is hard to see where any improvement will come from. With 10 players having opted out of this tour due to Covid concerns – including regular ODI and Test captains Jason Holder and Kieron Pollard respectively – it is a young and inexperienced team that is floundering while shorn of its best players.

The problem that the West Indies have here is that Bangladesh is red-hot and there are no reinforcements coming from the likes of Holder and Pollard that would bolster their ranks and give them a realistic chance in this Test match. The likes of Test stalwarts Darren Bravo, Roston Chase, and Shamarh Brooks are also among the ten players deciding not to travel and stand-in captain Kraigg Brathwaite will have achieved a minor miracle if he is able to rally his troops to keep this competitive. The Windies will need a couple of big innings from Jermaine Blackwood, but it won’t be enough and the home side will win this at a canter. 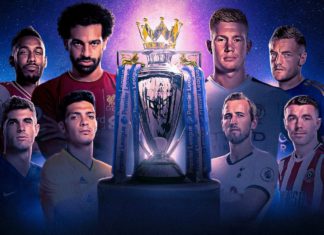 February 11, 2021
0
English Premier League Gameweek 24 includes several fantastic matchups. Among them, we have one in Leicester where Foxes meet Liverpool, and the other at... 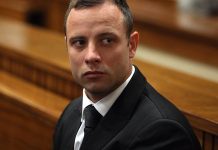