The Women’s World Cup rolls on, and all the big guns are left standing as we reach the critical quarterfinal stage. The round of 16 was nail-biting, with some interesting match-ups standing out. However, the competition sees Europe hold the majority, with the United States the sole representative from outside the continent. But, which teams will make it through to the last four, on their way to the final in Lyon?

The Scandinavian side were hugely fortunate to get to this stage, as Australia dominated for the most part in the round of 16 clash. However, the red card to Alanna Kennedy proved to be pivotal for the Aussies as they crashed out on penalties. The resilience of the Norwegian side is something to behold, and their defensive resolve was the reason they were able to overcome the stiff challenge in front of them. Ingrid Syrstad Engen will be the crucial player in the Norwegian midfield. She has held the team together throughout the competition and it will be important that she is on top form against the Lionesses.

England have been going through the gears throughout the tournament, and we haven’t seen the best of them yet. In truth, they haven’t been tested to their full extent. The round of 16 clash with Cameroon grabbed all the headlines for the wrong reasons, as the African side threatened to derail all the momentum that this showpiece event has given the women’s game. Their poor attitude was sickening, as they spat, kicked and refused to play for large portions of the game. In the end, the quality and composure of England were able to navigate the situation and book their place at this stage.

Phil Neville’s side will get past their Norwegian opponents but they will need to start playing better, especially with a semi-final clash against the French or USA on the horizon.

Tip: England to win at 1.00 with BetXChange.

The most hotly anticipated fixture of the entire World Cup so far will see the top-ranked USA take on the host nation and highly fancied French.

From what we have seen so far this tournament it doesn’t look like the French should be as highly rated as they are. They were brilliant in their opening game against South Korea, but since then they have been hugely underwhelming. France have players will immense pace around the field, and that makes up for their lack of talent in midfield and wing-back positions. They have been able to get away with it so far since they haven’t come up against a high-quality opponent. However, they could be made to pay the ultimate price against the States.

The USA also have question marks surrounding their team. The doubts about the American’s defence have refused to go away, and while their attacks have been able to bail them out thus far; they will get caught out eventually. The most significant battle in the game will be between midfielders Lindsey Horan and Amandine Henry; whoever gains the upper hand in this contest will ensure their team make it to the semi-finals.

It’s hard to look past the USA progressing, but they will need to deal with the French threat from corners. No team has earned more corners than France, and should the American’s plan out a suitable repellent, then they will win this comfortably.

This will be an enthralling match-up between two European heavyweights. The Dutch have pedigree on the international stage, while the Italians are proving that women’s football can excel in the country.

The Italians eased past China in the last round, and are arguably the most reliable team in the competition. They have strengths in attack and defence. Also, they control games effectively and could be on course to create something very memorable this summer.

The Dutch started quickly against the Japanese in the last round, but they were almost knocked out after they believed the job was done. They have a solid team and are the best team in the competition when they have the ball. Their technique and passing ability are unsurpassable in the competition, but the questions remain about their ability without the ball.

If the Dutch allow the Italians to get a foothold in the game and pass the ball around then they could be in trouble. The positioning of the Dutch backline become disjointed easily and the Italians will know about that vulnerability. It would be considered a shock if Italy win, but it shouldn’t because they are a rising power in the women’s game, and this is just the beginning.

The quarterfinal stage will wrap up with a classic encounter between the underdogs Sweden and the formidable Germans.

There are two big aspects that punters should be aware of. Germany have allowed just six shot on goal throughout their four games and they have the timely return to fitness of star striker Dzsenifer Marozsan. The Germans are yet to concede a single goal in the competition, and that is an overwhelming fact that the Swedes will need to overcome.

Sweden will attempt to sit deep and rely on their experience to take the chance when it comes along. There are six players with more than 100 caps in the Sweden squad, and the experience of Caroline Seger will be vital to their chances in this game.

The Swedish tactics worked perfectly last time out, as Canada struggled to find the creativity break down them down. However, the tactics may backfire against the Germans as they have the attacking poise that could trouble any defence in the world. It will be a tight match, but the quality of the Germany team will give them the narrow win.

Tip: Germany to win at 0.70 with BetXChange. 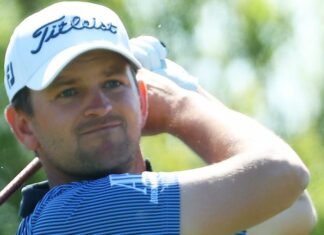 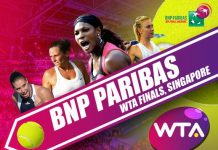