There were many problems today at the qualifiers for the Steiermark Grand Prix, starting with the rain and confusion all that because of the harsh weather challenges. At one moment, it seemed that the qualifications might postpone, with the race stewards at the Red Bull Ring considering this option due to an unreal amount of water on the track. Fortunately, everything was solved, and even though there weren’t some particularly good conditions on the road, the drivers managed to do their part of the job.

Lewis Hamilton was more than dominant today, setting the fastest time and leaving the entire competition way behind him. This was a reminder that the Brit is the champions and that by far, he has the best vehicle in the whole F1 caravan.

With more than 1.2 seconds ahead of Max Verstappen, Lewis clearly showed who will be the boss tomorrow, regardless of the weather circumstances. If he managed to set this time in poor conditions, things could only be better on Sunday.

With the qualifiers reaching its end, he would constantly improve the time, meaning that this is a good sign for the Mercedes fans regarding the status of the vehicle itself. Unlike all the other rivals, who had some sort of a struggle here and there, Hamilton’s Silver Arrow was perfect.

The winner of the first race, Valtteri Bottas ended fourth, and he will start with Carlos Sainz Jr., from the second grid. These two were also solid with the note that Sainz trailed Verstappen 0.182 seconds.

Red Bull’s Dutchman was solid and the only one who could keep some tempo with Hamilton, but in the last lap, once everybody expected to see his best time, Verstappen would lose control over the vehicle, and waste that chance for a better result.

Regarding Ferrari, their day was terrible. Whether it was because of the rain, water, humidity, or something else, we don’t quite know, but what we do know is that they failed to deliver very badly. Vettel was 10th in the end, taking the last place in the final part of the qualifiers, while Leclerc ended 11th not being able to even progress to Q3.

It is another blow for the Prancing Horse whose current situation is not good at all. Apart from having an open dispute in the team between two drivers, and the fact that the team didn’t want to offer Sebastian Vettel a worthy contract, bad results are only increasing the tensions, which could lead to more poor results in the future.

We don’t quite know the details the reactions following today’s sessions, but according to some sources, the drivers aren’t happy with the current state of the vehicles.

Even though there is a possibility of having poor weather conditions, and heavy rain again, we are almost 100% certain that Hamilton has a massive edge over all other rivals. The chances for chaos on the track are going up when we have circumstances like today’s, yet even with that, Lewis is our first choice to win the race. The odds at BetXChange are at 0.55 for this pick. If you are not sure about the champion, we have another suggestion. One of two Mercedes’ drivers to win the contest is paid 0.40, which is a pretty good offer from our perspective. 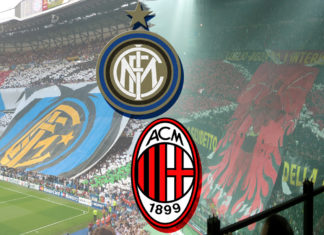 February 6, 2020
0
Arguably one of the biggest derbies in the world takes place this Sunday. Inter Milan and AC Milan are clashing at Giuseppe Meazza, or... 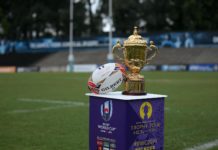 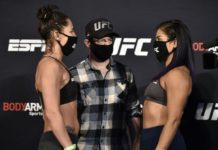 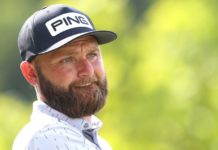