Form
Pakistan goes into the second and final Test in Rawalpindi leading the two match series 1-0 and they will be looking to complete a whitewash that will earn them important points on the ICC World Test Championship. In the first Test in Karachi last week, Pakistan won comfortably by seven wickets with their twin spinners Yasir Shah and Nauman Ali wrecking havoc with the South African batsmen who struggled to adjust to sub-continent conditions. Shah and Ali claimed 14 of the 20 Proteas wickets to end the match with combined figures of 14-206 while Fawad Alam scored a sensational century in the first innings. For the South African camp, coach Mark Boucher will be hoping that top order batsmen like Dean Elgar, Aiden Markram, Rassie van der Dussen, Quinton de Kock and Temba Bavuma adjust to conditions that are likely to suit fast bowlers. Elgar (58), Aiden Markram (74), Rassie van der Dussen (64) and Temba Bavuma (40) had good starts in Karachi but did not convert into them into bigger scores to frustrate the Pakistani bowlers. If conditions indeed the conditions favour the fast bowlers, the South African seam attack of Kagiso Rabada, Lungi Ngidi and Anrich Nortje will provide a serious headache for the Pakistani batsmen.

Pakistan
Going into the second Test, Pakistan have not reported any major injuries to their squad but their head coach Misbah ul Haq has hinted that there may be changes to the bowling attack depending on the pitch conditions. Addressing the media in Rawalpindi, Ul Haq noted that he will be prepared to drop spinners who performed admirably in Karachi if conditions favour the fast bowlers. “The weather and pitch is different from what we got in Karachi but we will take a call closer to the game,” Misbah said after their first day of training session in Rawalpindi Stadium. Ul Haq added that they are expecting a drier surface than normal which will be in assistance to the likes of Shah Nauman who wrecked havoc in the first Test win. Statisticians says that in the last five years fast bowlers have had more success in Rawalpindi were they have picked up 498 wickets at an average of 21.40 in first-class cricket. On the other hand, spinners have taken 72 wickets at an average of 34.18 and strike rate of 67.50.

South Africa
Upon arrival in Karachi, South African key top order batsman Rassie van der Dussen acknowledged that they have to significantly improve their batting if they are to stand any chance of beating Pakistan and draw the series 1-1. “As a batting unit we weren’t good enough, not even close. It’s disappointing because we had good preparation going into that match in Karachi. It was spot on. We had the right game plan. The execution was lacking, and the responsibility. We can’t run away from it. We knew we needed 350 at least in the first innings,” said Van der Dussen as South Africa ramped up their preparations for the second Test. Van der Dussen also said that the surface for the second Test will continue to challenge the visiting batsmen. “It looks like most of the grass has been taken off and how hard they will make it is difficult to say at this stage. My first impression is that they won’t be much for the new ball. There was a fair amount of reverse in the first match, so I wouldn’t say it will play more of a role. I think it will play the same role,” he continued in his assessment of the conditions.

Best Bets
Both teams don’t have any serious injury concerns and changes to their starting line-ups will largely depend on the conditions of the pitch. In the unlikely event of the surface favouring fast bowlers, it will be a huge blow for Pakistan who relied heavily on spinners Yasir Shah and Nauman Ali for their victory in Karachi. On the other hand, it will be a huge boost for South Africa who have Kagiso Rabada, Lungi Ngidi and Anrich Nortje in their seam bowling arsenal. 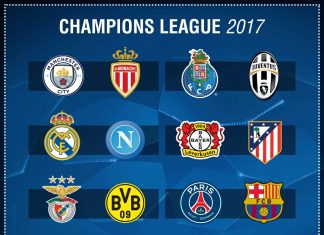 February 13, 2017
0
The first week of the return of the Champions League last week produced goals galore and a couple of heavy defeats for Barcelona and... 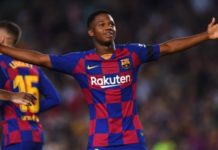 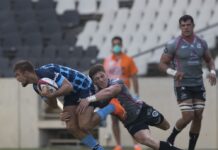 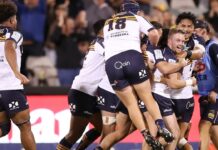 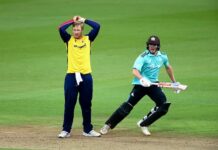