The wait for domestic rugby in Australia finally comes to an end on Friday night as there are two huge fixtures in store for fans of rugby union. All teams will feel as though they have the capability of replicating what the Crusaders did last season, but will any of the sides playing on Friday be able to lay down a marker for the season ahead?

One of the oldest rivalries in the history of sport gets things underway on Friday night as the Reds take on the Waratahs. Both sides will be hoping to replicate achievements of years gone by, but which team will be claiming the win when the sides go head to head this week. The Reds endured a disappointing season last year as they finished fourth in the Australian Conference, which meant a 14th place finish overall. However, the Reds will be aware that they haven’t enjoyed the best of records against the Waratahs over recent years, as their rivals boast an impressive 11-match winning streak.

The Reds will be keen to end that recent run against an inexperienced Waratahs side. The Reds are also inexperienced as they have an average age of 23.2, while there will be a lot of attention on newcomers Josh Flook and Tuaina Taii Tualime as they make their debuts in this fixture on Friday.

Meanwhile, there will be huge intrigue regarding how the Waratahs set up, as Bernard Foley and Curtis Rona both left the team over the off-season. This should be a compelling first match of Super Rugby, but the preference would be for the Reds to end their losing streak.

The action continues on Saturday as the Brumbies will take on the Rebels. It is clear to see why the home side are the heavy favourites in this fixture as they have averaged 31 points against their opponents, and the Rebels have a dreadful record on the road throughout the whole of this year. Furthermore, the Brumbies have enjoyed an excellent record this year as they previously won five of their six fixtures. Their final outing before the league was suspended came against the Waratahs, with the Brumbies running out 47-14 victors.

The handicap could be a lucrative betting option for gamblers when it comes to this fixture, as the Brumbies have won five games this year by more than eight points. It’s fair to say that the Rebels haven’t enjoyed as good of a 2020 to this points as they have won three of their six matches. They will come into this fixture off the back of a win, as their last game saw them win 37-17 against the Lions.

That victory meant that it was two wins on the bounce for the Rebels, as they had previously beaten the Highlanders. However, this will be a completely different proposition for them, and it is hard to bet against the Brumbies getting the victory.

Tip: Brumbies at 0.26 with BetXChange. 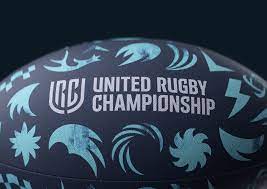 April 1, 2022
0
There are just four full rounds - plus some catch-up games - to play before the top eight teams in the URC book their... 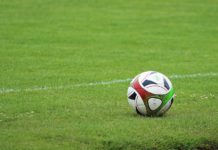 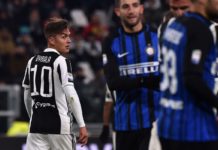 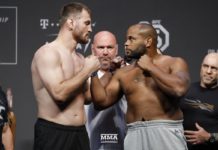