After more than two years, UFC is coming back to New Zealand. UFC Fight Night 168 or Felder vs. Hooker is on the menu for today. The lightweight bout with two above-mentioned guys already attracted enormous attention in the Kiwi land, and as we all know, MMA/UFC spectacles are something completely different here than in other places across the globe. The venue of the fight is the Spark Arena in Auckland. Like some many times before we expect it to be ferocious, particularly because we have a local guy involved.

Paul Felder (17-4 MMA, 9-4 UFC) is coming into this event with five wins over the previous six matches. He wasn’t that busy in 2019, having just two bouts, which he won via decision. Against James Vick, it was unanimous, while against Edson Barboza at UFC242, the judges were split. Felder is the guy who prefers a stand-up fight, but also knows how to hurt on the ground. Still, his primary weapon is excellent leg kicks, as he is a taekwondo master. His biggest advantage over Hooker will be the defense. The Irish Dragon is a well-calculated fighter who knows how to avoid problematic situations and isn’t willing to enter some open fire position. In short, his tactical level is far superior to his opponents’. Also, he is a bit better when talking about wrestling, and he demonstrated this over the recent few bouts. Felder is very good at defending locks also.

Dan Hooker (19-8 MMA, 9-4 UFC) is the home crowd favorite. This guy is born and raised here in Auckland and a trademark of this city when it comes to fighting. He had six wins in the last seven contests, with the note that his only loss during that period came against Edson Barbosa, who TKOd him in the third round. In the meantime, Felder defeated the Brazilian-American, as we mentioned earlier. Yet, that doesn’t have to mean anything here. We spoke about the Irish Dragon’s advantages, and we are going to say a few words about Hooker’s pluses. First of all, his reach is 4.5 inches longer than the rivals, ‘ which is a massive edge in a situation where you have two guys who are relying upon punching and stand-up fighting. Hooker will also have the entire crowd behind him, don’t forget that. The atmosphere here in Auckland is unique, and believe us once we say that it affects the contestants in many ways.

It is really hard to say which one has the advantage here. According to the bookmakers, Hooker is the favorite, but we would be so bold to claim that. BetXChange’s odds for him to win are at 0.60, while Felder’s sit at 1.11. We are mostly suspicious because of the way Hooker attacks. Sometimes he gets carried away, and as we said earlier knows how to enter an exchange from which he can’t get out as a winner. Having in mind that the crowd will push him forward, we think that he might go there a bit earlier than he should. Just to mention, this bout will last for five rounds, and if it goes to distance, Felder’s chances will rise, as he is a fighter with better stamina here. So, we are prepared to risk and back up the Irish Dragon. Don’t stake too much here, but do try to profit from this longshot. 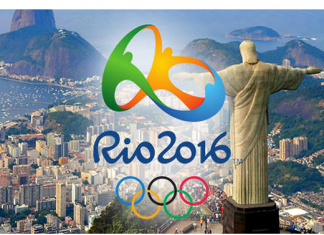 March 15, 2016
0
In our article, Online Sports Betting Tips we discussed a few important aspects of online sports betting such as what to look out for... 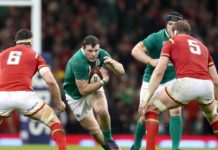 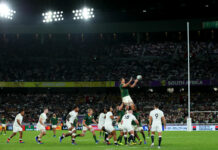