We have reached Round 7 of 18 in the 2021-22 United Rugby Championship. This should be a fascinating round after the tournament was thrown into chaos last weekend with Coronavirus issues canceling all the games between South African and European teams. The league has pivoted, however, and there are plenty of matches over the next few days to get excited about.

The best tie of the round will be in Durban where the Bulls and Sharks clash. The return of a host of Springbok stars for their first club action in months will elevate this contest to the next level. This means the likes of returning captain Lukhanyo Am and wingers Sbu Nkosi and Makazole Mapimpi all start for the Sharks, as does the influential Siya Kolisi in the pack.

The Bulls will start the exciting Kurt-Lee Arendse at fullback, while tighthead prop Robert Hunt has earned his place in the starting lineup for the first time after impressing off of the bench in recent weeks. The Sharks are the pick here at 13/20 with BetXchange and I like them to cover the 3.5 point spread too at 9/10.

Ulster fans will be frustrated that their new star signing – Springbok World Cup winner Duane Vermeulen – will be unavailable for this one after testing positive for Covid-19. The 35-year-old tested positive after arriving the in province following the cancelation of the Barbarians’ game with Samoa. Ulster, however, will be on a high following their impressive win over Leinster last time out.

Ospreys will hope to welcome back utility back Michael Collins after his hopes of playing in the autumn Tests for Wales were dashed because of an injury. The New Zelaand=born Welshman had been impressive in the two games he managed for Ospreys before a calf injury, with his ability to fill whatever role was needed proving to be important. I like Ulster to win this but I think the home side can cover the 6.5 point spread.

Dragons will welcome back a couple of Welsh internationals this weekend as they play the Warriors in Glasgow. Aaron Wainwright and Will Rowlands sat out the 30-14 defeat at the hands of Edinburgh last time out as they recovered from a heavy November schedule. The team is, however, without international hooker Elliot Dee and Autumn Test star Taine Basham.

Glasgow made news this week in signing JP Du Preez to their second row from Sale for next season, but it is veteran lock Richie Gray who will be the focal point of the team here. Look for the home side to hold serve in Glasgow.

The Stormers are not ready to throw their ‘Boks back into action this weekend as assistant head coach Dawie Snyman has confirmed that both Steven Kitshoff and Herschel Jantjies will get a much-needed physical and mental break. Instead, the Cape Town side will look to the likes of the in-form Dan du Plessis at inside center to give them enough to beat the visiting Lions this weekend.

The Lions have opted for basically the same 23 that they had last time out with one exception. Springbok prop Ruan Dreyer has dropped out with an injury issue and experienced ‘Bok Jannie du Plessis comes onto the bench. I like the Stormers to have way too much here – even without their frontline ‘Boks – and they will also cover the -12.5 point spread at 9/10. 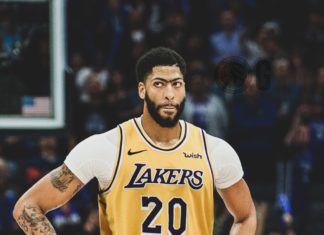 June 16, 2019
0
The Los Angeles Lakers' fans are celebrating. After a long drama, Anthony Davis has finally come to LA, where he will join LeBron James... 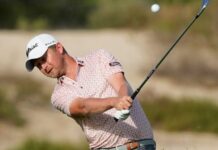 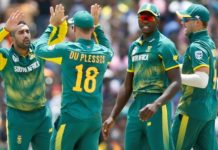 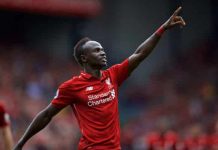