The race for the Varsity Cup semi-finals intensifies this week with University of Cape Town (Ikeys) looking to maintain their position at the top of the standings when they take on Central University Technology (CUT) in their top of the table clash.

Other teams that have a lot to play for during this round of fixtures are University of Pretoria (Tuks) and North West University (Eagles) who are breathing down the neck of Ikeys and CUT in their interesting battle at the top half of the table.

Focus will also be firmly fixed on bottom three teams in the form of Wits University (Wits), Nelson Mandela University (Madibaz) and University of Free State (Shimlas) who are yet to register a win so far this season.

There is no doubt that this is the match of this round of fixtures as it pits the top two teams against each other in what promises to be an enthralling encounter of Varsity rugby that rocks.

Both teams have won their opening four matches but they are only separated by one point on the log standings, so the winner will be guaranteed to stay be on top of the table until action resumes with round six on Friday.

Pick: Ikeys Wins at 0.28 at BetXChange

Tuks suffered a shock defeat to Stellenbosch University (Maties) last week and they will be desperately looking to return to winning ways against this unpredictable University of Western Cape (UWC) side that has only managed one win so far.

A win for Tuks will see them maintain their position as one of the early pacesetters at the top while UWC will be looking for their second win of the campaign that will at least push them a few places up the ladder.

Pick: Tuks Wins at 0.90 at BetXChange

One of the surprises of the season is that the usually strong University of Free State (Shimlas) is struggling for form as they have only registered one win after four starts and they go into round of fixtures sitting third from the bottom on the log.

It has been a satisfactory start for Stellenbosch (Maties) with three wins out of four matches and they are up against the North West University (Eagles) who have also started the season with promise and have the same record so far in the competition.

If results of matches that involves teams that are above them are favourable, the winner of this match will see themselves storming into the top half of the table and establishing themselves as one of the favourites for the knockout stages.

This is the battle of the strugglers with Wits University sitting at the bottom of the table and Nelson Mandela University above them.

Given the nature of their struggles so far in this campaign, it is a match that go either way as they will be looking for their first win of the competition.

May 25, 2016
0
Every four years the world puts aside its differences and unites to celebrate one of the greatest tests of human endurance; The Olympics. Years... 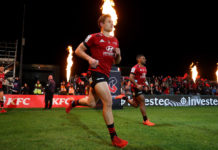 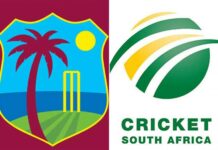 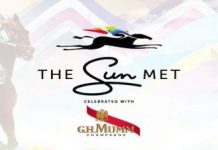 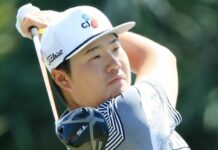