Who have the hottest ladies? South African or English cricketers?

Some of the below beautiful babes have been spotted frolicking on Clifton4 whilst their hubbies are training hard for the SA vs. England Test Matches. We have tallied which team has the hottest wives and girlfriends and South Africa undeniably wins.

The stunning brunette model, Imari Visser, married her cricketing beau, Faf du Plessis in 2013. She gave up her successful marketing job to travel the world with her husband and the Proteas on international tours. This gorgeous lady is no stranger to the cricketing world as she met Faf many years ago whilst studying at University together.

James Anderson and Daniella met in 2004 when the successful model caught the cricketers eye. The glamorous brunette married her beau and is fiercely proud of her 6-years-younger husband. Says Daniella of their first meeting: “He was pretty shy, although not that first night as he’d had a few drinks. He told me he played cricket. I initially thought he might have a day job too. I didn’t really know about professional cricket. So I basically said, “What’s your real job?” He said, “It is my real job.”

Stunning British lingerie model, Bealey Mitchell, who is also a Zumba coach stole the heart of English cricketing hero, Stuart Broad in 2014. They have been inseparable since and the 26 year old often travels with her man around the world watching and cheering him on at all his matches. This gorgeous blonde recently sent out a tweet from the top of Cape Town’s Table Mountain.

Stunning SA babe, Sue Duminy is wife of South African cricket legend, JP Duminy. They married in 2011 and this beautiful blonde who is a fitness and health fanatic, tours with JP as much as she can. They recently welcomed their first baby girl.

This Australian stunner stole Morne Morkel’s heart during South Africa’s tour to Australia in 2012. The feisty Channel 9 Sports Reporter from “Down-Under” moved to Cape Town a few months later to be with her beau the happy couple were married in Stellenbosch in 2014. She quit her very successful career as a sports reporter for the busy life of a cricketers wife. Morne and Roz welcomed their first child in September 2015.

A talented South African actress, Jeanne began her career in theatre productions at the Artscape theatre in Cape Town. She then starred in an American Film “Ambrose Fountain” where she played a delinquent teenager. Jeanne made her television debut in the South African TV drama, Innocent Times. The stunning actress/dancer/singer is best known for her roles in Outcasts, Muse and Solstice.

Dale and Jeanne have been together since 2007 and met while Jeanne was working in a restaurant in Cape Town. Whenever possible the two are together on tour.

Place your cricket bets on the England vs. SA 3rd and 4th Tests Matches at Betxchange.co.za 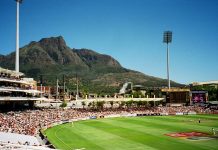 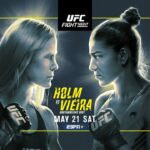 Betting Tips May 20, 2022
0
UFC Fight Night 206 is headlined by the ladies' bantamweight clash between Holly Holm and Ketlen Vieira. This could be the clash for the... 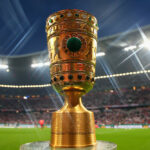 Betting Tips May 19, 2022
0
The DFB Pokal finals between Freiburg and RB Leipzig closes the football season in Germany. These two sides will fight for their first major...