It’s time that the ladies had some eye-candy and so here at BetXchange Head Quarters the ladies got together and had the tough task of oogling, I mean objectively, looking over many many photos of these physically strong (read beautiful) men. (It’s tough, but someone has to do it) There were in fact too many to mention but we eventually narrowed it down to these fine young specimens:

1. Luca Dotto (Swimmer Italy)
Our Olympic Italian Stallion, Luca Dotto holds the Italian record for the 100m freestyle with a time of 47.96 and was the first Italian in history to break 48 seconds. But let’s stop there because not only is he a torpedo in the water but this beautiful man is also an underwear model for the likes of Armani (we wonder why?!)

2.  David Oliver (Hurdler USA)
David Oliver is a track and field athlete for the USA and competes in the 110m hurdles. He is a four time USATF Outdoor Champion and won a bronze medal in the 2008 Olympic Games. This chiselled specimen of a man has a cheeky glint in his eye to balance out the uber-success he has achieved in his hurdling career. Winning the Jesse Owens Athlete of the Year in 2010 and becoming 2013 IAAF World Champion certainly has this man pumped up for the Rio Olympic Games 2016.

3. Chad le Clos (Swimming South Africa)
Our lovely boy from Durban. Chad le Clos has crept into almost every South Africans heart and we’ll all be glued to watching him in Rio. Not only is this guy super sweet, he is also super hot! Le Clos is a true champion and won gold (200m) and silver (100m) for butterfly in the 2012 Olympic Games. He is also the Commonwealth record holder for the 50 and 110m butterfly, won 5 medals at the 2010 Summer Youth Olympics and has won Overall Swimming World Cup 3 times. Chad you’re unbelievable!

3. Neymar da Silva Santos Junior (Soccer Brazil)
This Brazilian Beau will be more than comfortable on his home soil at the Rio Olympic Games and should technically shoot the lights out. Ranked in 2015 by The Guardian as 3rd Best Player in the World this remarkable soccer player has scored 46 goals in 70 matches for Brazil. He currently plays for Spanish team, Barcelona but will join his birth country for the Olympics. Not only is he super hot at scoring goals, he is also super hot and was ranked 4th on ESPN’s 2016 list of most famous athletes.

4. Matheus de Santana (Swimming Brazil)
Matheus is a Brazilian Freestyle Swimmer that has been slashing through the waters and medals since 2008. This hot yet humble man is also diabetic and has beaten the odds to win championships and break records. We will be routing for this gorgeous specimen to continue his success and come up tops at the Olympic Games. (and perhaps just glance at his biceps too)

5. Donnel Whittenburg (Gymnastics USA)
It seems that if you’re a gymnast you’re hot! And this is certainly the case for the perfectly carved Donnel Whittenburg from the USA. Not only is he crazy strong, he has won medals for Artistic Gymnastics, Vaulting and Rings. A man of many talents it seems. Follow Donnel Whittenburg at the Rio Olympic Games (it won’t be hard to watch him, I promise)

6. Marcelo Chierigini (Swimming Brazil)
The swimmers have definitely dominated this list, it’s probably because of their strength in the water or perhaps their ridiculously toned and beautiful anatomy, one of the two. Marcelo Chiergini is no exception, in both departments. Hailing from Brazil, this man has won gold, silver and bronze medals in his life for Freestyle swimming. Chiergini also competed in the 2012 Olympic Games in the 4×100-metre medley relay, in which he came 15th, and the 4×100-metre freestyle relay, in which he came 9th. Oh my gosh, did we mention his smile?!

8. Tom Daly (UK Diving)
Chiselled men in small swimwear…the job just gets tougher. Eighth on our list is Tom Daly, UK Diver extraordinaire. Tom specialises in the 10m platform event and was the 2009 FINA world champion. At only 22 this young lad won a bronze medal at the London 2012 Summer Olympics. In Rio he will be also taking part in the 10m Synchro competition. Hot and talented, go Tom!

9. Fernando Fernandes (Brazil Paracanoe)
This man is truly amazing. Fernando was a world famous catwalk model but became a paraplegic after a traumatic car accident in 2009. He went on to defy the odds and less than 6 months after surgery took part in the São Silvestre Marathon in his home city, racing for more than 15km in a wheelchair. A mere 4 years after his accident he is now a two-time Pan American champion, three-time South American champion and four-time world champion in paracanoe. This man is an absolute role model and we’ll be rooting for him at the Rio Para-Olympics

10. Andre de Grasse (Track Cananda)
The 21 year old from Canada is a sprinter currently running for the University of Southern California. Andre is the 2015 Pan American Champion and world double medallist. He became the first Canadian to win a medal in track’s marquee event since Bruny Surin raced to silver in 1999. Not only is this man fast, he is a hunk to boot and we look forward to seeing a lot more of him!

So there you have it, our list of the 10 Hottest Men of the Olympic Games 2016. We’re off to make our popcorn and glue ourselves firmly to the couch to watch these ridiculously hot, I mean talented, athletes.

Place your bets on these and other Olympic Games events here.

Find out who our 10 Hottest Ladies of the Olympic Games are. 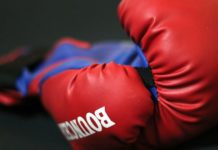 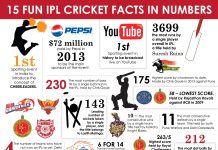 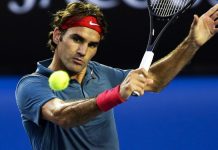