We’re down to the last four in the Currie Cup and there’s a familiar look to the semi-final contestants this time round as all four who made it to this stage will once again feature. This time, however, reigning champions Western Province will be taking on the fourth-placed Blue Bulls, while last year’s runners-up will be entertaining the Golden Lions at Jonsson Kings Park Stadium. So which teams are the best placed to make it to the Final? Read our in-depth betting preview to find out.

This time last year the Sharks went into the play-offs as clear leaders from the Premier Division stage, but they lost the final to Western Province and have been playing catch-up ever since, though a game against the declining Golden Lions offers them an ideal chance to return to the final.

The last meeting between these sides, at Kings Park Stadium, resulted in a comfortable 37-21 victory for the Sharks, their third in a row against the Golden Lions, following last season’s double. But prior to that, Golden Lions had also recorded three in a row, and they also produced the most one-sided result in this fixture in recent years, beating the Sharks 50-20 during the 2014 competition. The Sharks though have the edge, having won six of their last ten meetings with the Golden Lions.

The Sharks have been pretty consistent this season, and have generally been in the top two or three throughout. Their only defeat was a 58-20 blow-out at Western Province, but they warmed up for the play-offs with a comfortable 41-11 thrashing of Griquas last weekend.

The free-scoring Golden Lions topped the table after thrashing Free State in Round Four, but consecutive defeats to Western Province and the Sharks raised doubts about their Final credentials.

The Sharks experiment of playing Curwin Bosch at fly-half in the final game of the Premier Division produced mixed results, but Bosch is expected to return to full-back for this match, while Robert Du Preez will wear number 10 and Marius Louw will slot into inside centre. Coenie Oosthuizen played a full 80 minutes on his return from an injury lay-off but Thomas du Toit may be preferred at tighthead prop. The Lions may be boosted by the return of international stars Warren Whiteley and Aphiwe Dyanti, although Malcolm Marx will not be available.

The Lions are dangerous opponents, capable of outscoring anyone, but they are also prone to unforced errors and defensive frailty. The Sharks undoubtedly deserve to be favourites, but they are generally around the 3/10 mark and against such unpredictable opponents, that looks short. It’s tempting to back the Lions with an 8.5 handicap, but the Lions are the kind of team who either go big or go home. The average margin of victory in their games this season is 18.33 so if you’re going to back them, it probably pays to be brave and take the bigger odds available on an away win. 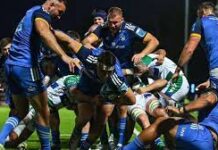 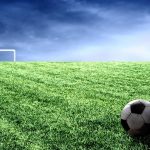