When it comes to Spanish football, there are only two teams who can realistically challenge for the title- Barcelona and Real Madrid. Atletico Madrid won the league in 2013/2014, but finished a dismal 14 points behind their local rivals Real last season. Over the last 11 years only 3 teams have managed to claim first place, and the odds don’t seem to suggest otherwise this time around.

Real Madrid haven’t made any significant changes in terms of the squad make-up, but new coach Rafa Benitez will be looking to one up the previous manager by keeping pace and eventually over taking Barcelona at the top. With an attacking formation matched only by their Catalan rivals, the onus is on Real Madrid to find consistency when it really matters- something they’ve failed to do for some time now.

Barcelona have in Lionel Messi the greatest player of his generation, and with that in your arsenal it’s pretty difficult to see anyone else winning it this year. With Luis Suarez also facing his first full season at Camp Nou, both he and Neymar give Barca a mouth-watering front line. They are odds on favorites to claim their 24th La Liga crown.

Atletico have been the most active in this years transfer market as they look to knock the two giants off the top. Manager Diego Simone welcomed highly rated Jackson Martinez to theVincete Calderon, as well as the talented Yannick Carrasco from Monaco. Atletico have become a thorn in their rival’s side the past few years, whether they can win the ultimate prize once again is yet to be seen. Still, it’s happened before, and if Real and Barcelona aren’t at their best, it can happen again.

Be sure to follow the ever-changing odds on www.betxchange.com 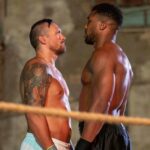