The West Indies are finally hosting South Africa in a tour that was originally supposed to take place in July and August of 2020 before global events postponed the series. The rearranged set of contests will feature two Tests in Saint Lucia and then five T20I matches that will be held in Grenada.

The first Test of the series played at the Daren Sammy Stadium was a completely one-sided affair in the favor of the visitors. After winning the toss and electing to bat, the hosts were bowled out for a miserable 97 runs. Lungi Ngidi was the chief tormentor, taking 5/19 in just 13.5 overs. Jason Holder top-scored with 20 as the West Indies had no answer for the South African pacers.

The visitors then put up 322 behind a superb knock from Quinton de Kick who finished unbeaten on 141 from 170 balls. Holder was perhaps the only bowler with any credit – his 4/75 being more impressive than that of specialist bowlers with the all-rounder again showing why the West Indies need him firing in their lineup. He was not able to explode with the bat in their second innings, however, with the 162 – behind an impressive 62 from Roston Chase – not enough to see the Windies slump to only their sixth innings defeat in 253 home matches.

The West Indies are a proud cricketing bunch and while South Africa is (rightly) the favorites in the second Test it would be foolish to write the hosts off completely as they look to build some momentum before the white ball contests up ahead.

This West Indies team has been an exciting watch recently, but for some reason, that energy wasn’t there in the first Test. Newcomer Jayden Seales – taking three wickets at just 19-years-old – joined Holder as one of the few players to take much credit from the performance and the group simply must be better starting on Friday. There needs to be more resistance in the middle order and at the tail end to stop collapses like this from happening, Nkrumah Bonner seems unlikely to feature after suffering a concussion edging the ball onto his helmet during a wayward hook shot attempt.

While Ngidi was the star bowler in the first innings, it was Kagiso Rabada that shone in the second as he also completed a five-wicket haul. South Africa will have been p[leased by the Test debuts of Keegan Petersen and Kyle Verreynne, with both contributing to the outcome of the first Test. This was a dominant display and the pace bowlers will look to get into the Windies lineup early in the second Test and continue their fire with ball in hand.

The one worry for the Proteas will be that 201 of their runs came from a combination of De Kock and Aiden Markram. If either of these two falls early then maybe the West Indies will be able to push on a reduce South Africa to a target they can take a run at. The problem is that the South African pace shows no sign of letting up and that’s why the visitors are the pick here. Take a flyer on Anrich Nortje who took seven wickets across the innings to be the top bowler in this one at 2.75 if you are looking for a prop. 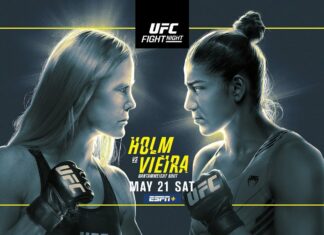 May 20, 2022
0
UFC Fight Night 206 is headlined by the ladies' bantamweight clash between Holly Holm and Ketlen Vieira. This could be the clash for the... 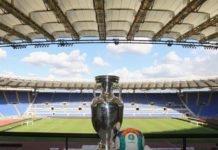 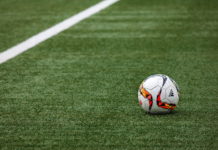 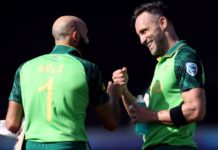 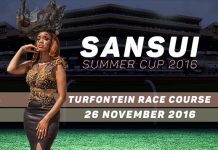