The final event of the DP World Tour season comes to its climax with some of the biggest names on the continent set to do battle for one final time in 2022. With every player on the tour vying for position on the DP World Tour money list, the event in Dubai has become one of the most coveted on tour and a stellar field has been assembled once again this year. Previous winners include Jon Rahm, Rory McIlroy and Lee Westwood, testament to the importance and prestige of the tournament and its status on the European Tour.

All of the biggest names on the European Tour are present in Dubai meaning it should be a hotly contested week of golf:-

A recent resurgence in form sees Rory McIlroy start as the hot favourite here in Dubai and with $8 in the prize pot, it would be no surprise to see him turn on the style here.

It hasn’t been Spaniard Jon Rahm’s most prolific year on the European Tour, but he is still one of the most dangerous players in the world and he won this event back in 2017 and 2019.

Englishman Matt Fitzpatrick clinched the first major win of his career at the US Open earlier this season and how he’d love to crown the season in style in Dubai.

Norwegian Viktor Hovland continues to blaze a trail on both the PGA Tour and the European Tour, making him a serious candidate for glory here in Dubai.

Englishman Tommy Fleetwood had endured a tough couple of seasons before winning at the Nedbank Golf Challenge in South Africa last week and he should be flying high here in Dubai.

Previous prize money plays a factor here at the DP World Tour Championship and Shane Lowry will believe he is in touching distance enough to close the gap in round one.

Similarly, Tyrrell Hatton has enjoyed a steady 2022, making him a serious candidate to get off to a good start here, an event he finished runner-up at back in 2016.

With so many quality players assembled here in Dubai, getting into the winning enclosure could be tough but there are plenty of candidates to finish in the top 10 come Sunday:-

Swede Alex Noren continues to produce top notch performances on the DP World Tour and with conditions set fair in Dubai, he could take some stopping for a top 10 finish.

Kiwi Ryan Fox is becoming one of the men to beat on the DP World Tour and with a couple of tournament wins in the bag already in 2022, he could be well in the mix this weekend.

With a win at the Portugal Masters fresh in the memory a fortnight ago, Jordan Smith looks set to challenge again here against the very best players competing on the DP World Tour. 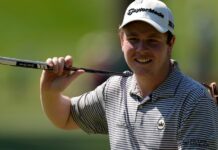 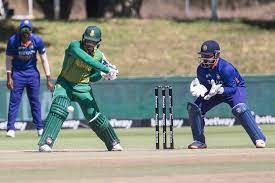