Runaway leaders Mamelodi Sundowns will be looking to pull away further at the top of the DStv Premiership standings when they take on much improved Orlando Pirates at Loftus in Pretoria on Friday night.

The Brazilians, who remain the only team in the league yet to lose a match this campaign after 16 outings, are on a three match winning streak following recent victories against Royal AM, SuperSport United and Baroka.

The other match of this round of fixtures sees hugely improved and second placed Kaizer Chiefs away to fourth placed Royal AM, who have only one win after five matches, at Chatsworth Stadium.

Elsewhere, Baroka will be looking for their first win in ten matches when they visit on Stellenbosch to ease pressure on coach Kgoloko Thobejane and possibly move them from the bottom of the log.

With three wins and two draws from their last five matches, Marumo Gallants coach Dan Malesela has masterminded a stunning turnaround in Limpopo as he took over the coaching reigns with the club in all sorts of trouble.

Gallants will fancy their chances against this season’s undisputed draw kings in the form of AmaZulu who have shared the spoils in 12 of their 17 matches and they are currently on a seven match draw spell.

Pick: AmaZulu Wins by 1.45 at BetXChange

Without doubt, this is the match of the weekend and sparks are expected to fly at Loftus.

The Brazilians are looking for points to continue increasing their lead at the top of the pile and also maintain their unbeaten record while on the other hand the Buccaneers will be intend to move to second spot.

Pick: Sundowns Wins by 0.92 at BetXChange

Abafana Bes’thende are one of the inconsistent teams in the league and their recent run of three draws and two wins is an indication of how desperate coach Lehlohonolo Seema will be for maximum points.

They are up against unpredictable TS Galaxy who goes into this match on the back of defeat to Orlando Pirates during the week and coach Sead Ramović is hoping for maximum points to move out of the relegation zone.

Pick: Arrows Wins by 1.17 at BetXChange

After a blistering start where they were at times sitting second on the log during the opening weeks of the campaign, Stellenbosch have gone off the boil with their last seen matches (three losses and four draws) failing to produce a win.

Playing at home, coach Steve Barker will be confident of registering maximum points against bottom of the log Baroka who have failed to win in their last ten matches, a run of six defeats and four draws.

Pick: Stellenbosch Wins by 1.08 at BetXChange

This is an interesting match-up between two teams unpredictable teams but it is interesting to see whether SuperSport United coach will be back on the bench after he missed their last mach where they lost to Mamelodi Sundowns due to Covid-19.

On the other hand, a win will be high on the agenda for Sekhukhune United and their coach Mcdonald Makhubedu as they are on a poor run of two successive losses to Marumo Gallants and Kaizer Chiefs.

Pick: SuperSport Wins by 1.16 at BetXChange

Cape Town City coach Eric Tinkler will be fully aware that a win against struggling Swallows has the potential to see them move into the top eight on the log ahead of the likes of Golden Arrows, AmaZulu and SuperSport United.

Swallows are also on the same mission as good wins for TS Galaxy, Chippa United and Baroka, may see the Birds drop to the bottom of the standings and putting pressure on incoming coach Dylan Kerr.

Royal AM VS Kaizer Chiefs

One of the matches to watch this weekend, Royal AM will be looking to get back to winning ways after two draws and a win when they take improved Kaizer Chiefs in their own backyard in Durban.

Their mission of getting all the three points is not going to be an easy one as Amakhosi, who were recently hit by Covid-19 outbreak at their base in Naturena, are revitalised with two successive wins over Swallows and Sekhukhune United.

Pick: Chiefs Wins by 1.39 at BetXChange

This is the match of the perennial relegation strugglers.

Pick: Maritzburg Wins by 1.07 at BetXChange 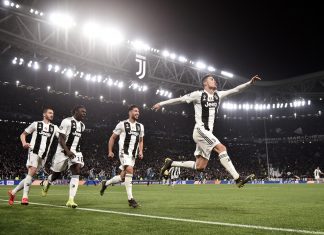 April 14, 2019
0
The Round of 16 of Europe’s premier footballing competition threw up some surprising upsets which add more tangible colour to the last eight for... 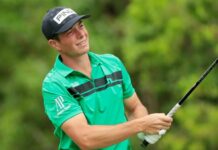 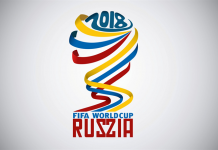