DStv Premiership returns to action his weekend with defending champions Mamelodi Sundowns looking to maintain their place at the top of the log when they host highly unpredictable TS Galaxy at Loftus on Sunday afternoon.

The other big game of this round of fixtures sees Orlando Pirates visit Gavin Hunt’s Chippa United in Port Elizabeth at the Nelson Mandela Bay Stadium in what promises to be an interesting affair while Kaizer Chiefs host rookies Royal AM.

Elsewhere, there will be interest in the Limpopo derby where Baroka will be playing hosts for newbies Sekhukhune United at the Peter Mokaba Stadium while another interesting match-up takes place at Athlone Stadium between Cape Town City and Stellenbosch in the Cape derby.

AmaZulu and Marumo Gallants will not be in DStv Premiership action this weekend as they are involved in the preliminaries of the Caf Confederation Cup against Nyasa Big Bullets in Malawi and Futuro Kings of Equatorial Guinea in Polokwane.

Orlando Pirates will be looking for their second DStv Premiership win of the season when they take on Chippa United at the Nelson Mandela Bay Stadium and they will have to do it without injured Thembinkosi Lorch, Richard Ofori, Zakhele Lepasa and Innocent Maela.

On the other hand, Chippa United, who have accumulated four points from their opening three matches, will be looking to bring to an end their match run without a win over Pirates.

Pick: Pirates Wins by 1.11 at BetXChange

There is not much separating these two teams on the DStv Premiership standings with Stellenbosch having accumulated five points from their opening three matches while Cape Town City have four points from their two matches.

Cape Town City are slight favourites to walk away with all the three points of the Cape Derby despite the fact that they have been forced to move from the match from home their ground of Cape Stadium to Athlone Stadium.

This will be the first official meeting between Baroka and Sekhukhune United at the Peter Mokaba Stadium in Polokwane where they will both be looking to return back to winning ways after dropping points in their last match.

Baroka goes into this match on the back of two successive defeats to Kaizer Chiefs and Maritzburg United while rookies Sekhukhune dropped two points against Stellenbosch in their last outing at Ellis Park.

Pick: Baroka Wins by 1.13 at BetXChange

Kaizer Chiefs VS Royal AM

This will also be the first official league between Amakhosi and newbies Royal AM and Chiefs are overwhelming favourites to walk away with the full complement of the points at FNB Stadium where they will be looking to return back to winning ways.

The two teams goes into this match on the back of contrasting recent fortunes with Royal AM having won their last league match over Chippa United while Chiefs lost to traditional rivals Mamelodi Sundowns last weekend.

Pick: Chiefs Wins by 0.87 at BetXChange

Just like last they did season, SuperSport United have gotten out of the blocks with frightening pace and they find themselves sitting second spot with five points after three matches below early Mamelodi Sundowns.

To get all the three points, Matsatsantsa will have to get the better of Swallows who have started the campaign with one win, one draw and one loss and they are looking to return back to winning ways after they suffered defeat to Orlando Pirates in their last match.

Pick: Swallows Wins by 1.81 at BetXChange

Mamelodi Sundowns defender Grant Kekana admitted this week that they are expecting a physical battle from TS Galaxy but they will stick to their philosophy of playing attacking football.

Sundowns will be going all out to stretch their lead at the top of the pile but TS Galaxy, who are coached by Owen Da Gama, are travelling to the capital city in search of their first win of the season after two draws and one defeat.

Pick: Sundowns Wins by 0.51 at BetXChange 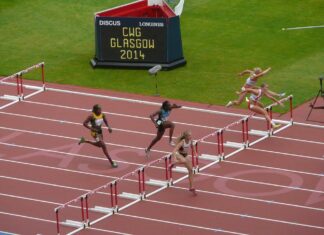 July 26, 2022
0
One of the summer's most exciting events will take place in Birmingham, England over the next two weeks as the 2022 Commonwealth Games finally... 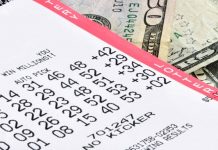 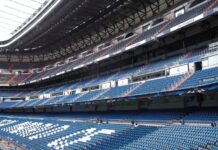 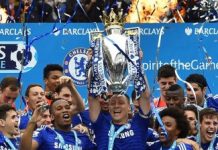 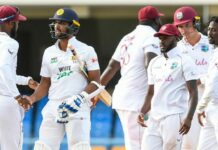