The 15th round of the English Premier League kicks off this Saturday. It is the penultimate before the start of the World Cup in Qatar, and we have two significant derbies in it. The first is at Stamford, where Chelsea meets Arsenal, while the second is at the Tottenham Stadium, where Spurs square off with the Reds.

The Blues were whooped in Brighton a week ago, 4-1, but bounced back following that one at home, beating Dinamo Zagreb in the UCL, 2-1. This was the only loss for Potter’s crew in the past ten games, with two draws and seven victories. Though we need to acknowledge that their defense began slowing down, allowing at least a goal in the past four games, all that after five clean sheets.

Arsenal has one defeat in the EPL and one in the UEFA Europa League, and overall they are playing excellent football this year. That’s why this unit sits atop the domestic standings. Last week, the Gunners slashed Nottingham Forrest 5-0, and had a calm and relaxed game in the UEL, beating sorry Zurich 1-0.

This is a meeting between two teams in solid shape, and in our opinion, a draw is the most realistic outcome. We currently can’t see one side outlasting another in some particular aspect, which is why we take a draw.

These two teams are, for the moment, the biggest enigmas in European football. They have exquisite players but oscillate heavily. Tottenham won the past two games, yet they allowed the rivals to take the lead first before waking up. After 2-3 in Bournemouth, they beat Marseille in France, 1-2.

Liverpool subsequently won and lost the recent five events. All but one of these matches was with one side netting. The Reds are highly unpredictable, one week, they beat the Citizens, and the next lose to Nottingham. Klopp’s crew has wins over Ajax and Napoli in the UCL but, in between, lost to Leeds 1-2.

The best pick for this one would be both teams netting due to very unstable defenses on both ends and pretty good attacks whose potential is among the biggest in Europe.

Pick: Both teams to score 11/20 at BetXchange

The Citizens are coming into this one flying on another win in the UCL, and another one following a comeback. Sevilla took the lead at the Etihad, yet lost 3-1 in the end. As soon as Kevin De Bruyne came in, things began to change, and City ends up on the winning side. Haaland is doubtful here.

Fulham plays solid football, and we love watching the Cottagers, who are currently without a defeat in the past four rounds, recording two draws and two wins. Before the latest game against Everton, 0-0, nine in a row were with over 2.5 goals. Fulham doesn’t back down against any team in the league, and that’s why everyone loves them. P.S. Mitro’s on fire this year.

Now, all this won’t save them from a defeat at the Etihad. City is better, and they will win, but be sure that the guests’ resistance won’t fade away early on. Our pick here is City to win, and the second for those who want to increase the odds is over 3.5 goals.

We will be straightforward here. This should be a game with lots of goals and without calculation because the Wolves have to attack, while on the other side, the Seagulls aren’t very good when defending, meaning that they, too, will be offensive-minded.

The pick here we want to suggest is over 2.5 goals. 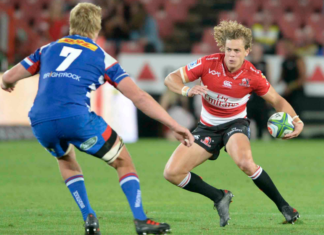 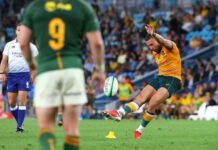 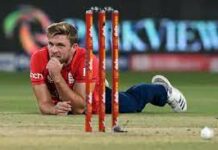 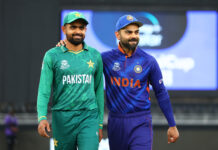