European Tour action takes centre stage this weekend, as Celtic Manor hosts the Wales Open, which is also known as the Cazoo Open for sponsorship reasons. It looks set to be an open event for the players involved this weekend, with Matt Wallace the current favourite in the betting with BetXChange.

The Wales Open is a stroke play event on the European Tour, which currently boasts an impressive €1.25 million purse. Celtic Manor will be the proud hosts of the event this weekend, with players able to play their way around one of the most iconic courses in Europe. The course famously held the Ryder Cup back in 2010. The Wales Open hasn’t been an event on the European Tour since 2014, but was re-introduced last season following the revamp in scheduling following the effects of the COVID-19 pandemic.

This event is played over 7,315 yards, and there is a par if 71. The record aggregate score was set back in 2016, as Robert Karlsson won with a score of 260. However, Scott Strange’s win in 2008 remains the most impressive, as he finished 22 under par. Romain Langasque won the first Wales Open in 16 years last year, which saw him walk away with a share of €156,000. This year’s event is also supported by Real Madrid star Gareth Bale, who has made no secret of his love for the sport throughout his footballing career.

Sam Horsfield is the player at the top of the betting for the Wales Open this weekend. He would have been pleased with his showing in the Open last weekend, as he finished in a tie for 67th. His best recent performance came when finishing in a tie for fifth in the BMW International Open in June. So far, he has won two European Tour events in his career. His first win came in the Hero Open, before he won the Celtic Classic just two weeks later in 2020. His previous success around this course ensures that he is a player rightfully at the top of the market.

Justin Harding also has two European Tour wins to his name. His first victory came in the Commercial Bank Qatar Masters, before most recently he was the 2021 winner of the Magical Kenya Open in March. The South Africans form is strong coming into this, as he was impressive when finishing in a tie for 19th at the Open last weekend.

Aaron Rai could be another that looks well placed to challenge for the win this weekend. He has won the Aberdeen Standard Investments Scottish Open and Honma Hong Kong Open over the previous three years. The Brit has also finished in the top 25 on two occasions in his last three appearances. He was in a tie for 19th in The Open, and finished in a tie for 12th in the Irish Open in early April.

Adrian Otaegui would be our pick for the Wales Open. The Spanish player won the Scottish Championship in October last year, and has been in decent form this season. He finished in the top 25 in the Irish Open, and made the cuts in both the Scottish Open and BMW International Open. He also finished second in the Scandinavian back in June.

Pick: Adrian Otaegui at 22.00 with BetXChange 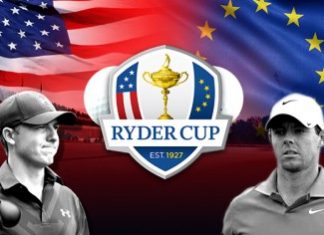 September 19, 2016
0
The teams for the Ryder Cup 2016 are almost complete save for one last Captains Pick in Team USA. The final pick will be... 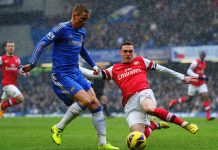 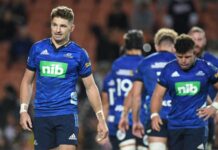 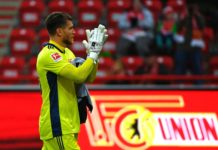