This is the last weekend of warm up matches for the 2019 Rugby World Cup in Tokyo. The next time we will see these teams take the field (after Friday) will be when the games start counting in Japan. Look to see a mixture of sides run out this weekend, with coaches working on continuity and options in their squad depending on their comfort level with what they have ready for Japan.

Rassie Erasmus has named a strong lineup to face Japan, perhaps in a big show of respect to the team that so famously caused the biggest World Cup upset of all-time against the Springboks in 2015.

There is just one change in the starting XV to the team that played New Zealand in Wellington in the Rugby Championship in July, a team that many expect to be the same one that South Africa use at the World Cup. That one change will only strengthen the Boks, with captain Siya Kolisi regaining his spot ahead of Kwagga Smith who drops out of the 23.

Japan have been playing their strongest side against competitors in the IRB Pacific-Nations Cup. With that in mind – and with little time to have tested other options – don’t be surprised to see Japan name an experimental lineup so as not to potentially shake their confidence with the tournament around the corner.

Best Bet – South Africa are very short odds to win this game, with the better bet being a winning margin prediction on BetXChange.

Scotland have named a very different lineup from that one that beat Georgia 44-10 in the reverse fixture in Tbilisi a week ago. Coach Gregor Townsend has made 12 changes t his starting XV, with only Blair Kinghorn, Darcy Graham, and Sam Johnston retaining their spots.

Townsend has opted not to start any other players who missed out on selection for the squad, even those that are on the standby list. There are, however, two such players on the bench in hooker Grant Stewart and flanker Magnus Bradbury.

This game is being used by Townsend as a chance to see some of his fringe players and keep them in shape before the tournament begins.

It is a rare trip outside of Twickenham for England as they play their final warm-up game in the Northeast before heading to Japan. England destroyed Italy 57-14 in the Six Nations this season and anything less than the same here will be seen as a step back for the squad.

Eddie Jones has gone for a “mix and match” selection policy, naming a strong team in parts and fringe players in other. This includes the presence of Joe Marchant in midfield, a player who isn’t part of the England 31-man squad heading to the Far East. The other big news is that the recently injured Ruaridh McConnochie will finally get to make his debut on the wing.

The continued absence of Henry Slade in the center is a worry. 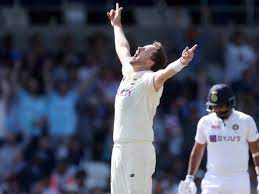 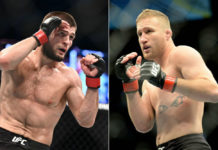 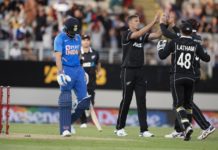