This one feels massive.

Manchester City host Liverpool on Sunday in a match with massive title implications. While the destination of the trophy will not be settled this weekend, this top-of-the-table showdown will put the winner in the driver’s seat with just seven marches left in the campaign.

A month ago this title race looked over. City was eight points clear at the top of the table and in sensational form. That form, however, eventually dipped. Wins became draws and that – added to a defeat – allowed Liverpool back in the race. The Reds just kept winning and now the gap is down to just one point with both having played the same number of games.

The Citizens believe they can still win the treble this season. A win here puts them four points clear and they are still very much in contention in both the Champions League and the FA Cup. Liverpool can go one better. They won the EFL Cup earlier this season, they have Benfica on the back foot in the Champions League quarterfinal, and they face this same Man City side in a week in the FA Cup semifinal. To think that either of these teams could fall from this position and not win a single trophy for the rest of the season is difficult, but the loser here will be behind the eight-ball in the Premier League title chase.

Man City is on a streak of eight games unbeaten in all competitions. They have won six of those games and each of their last three outings. Liverpool has won five in a row in all competitions including their 3-1 defeat of Benfica last time out. Their winning run has been incredible. Inter Milan is the only blemish in a series of results where they have won 17 of their last 18 matches.

Their front three (which is now basically a front five given their bench options) is a force of nature. They have won 10 Premier League games on the bounce and will have no fear heading into a contest against the best defensive team in the league this year. Liverpool has scored 77 goals in the Premier League – comfortably the most of any side – and they haven’t conceded in five outings in the competition.

The only real injury for either team is City center-half Ruben Diaz with a thigh issue. He will be missed here. The attacking options on display will be incredible, but Liverpool will be looking for more out of Mo Salah who has been disappointing since returning from the international break. Both will have periods on top. Both will have chances to score. I like Liverpool to take more of those chances and win the match at 5/2 with BetXchange.

Whichever way the result goes these odds will change drastically. I like the winner of this to push on and take the title. Liverpool is just in such incredible form that it is like they have forgotten how to lose. They are peaking at just the right time and in a league where timing is everything I like those 17/10 odds on them winning the title this season. 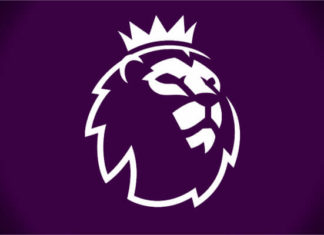 December 14, 2020
0
English Premier League Gameweek 13 is ahead of us, and this one comes just two days following the closure of the previous week. BetXChange... 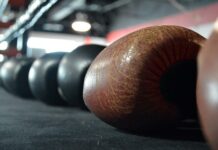