The 145th Open Championship at Royal Troon had golf betting fans at the edge of their seats when the battle between Henrik Stenson and Phil Mickelson played out on Sunday 17th July.

Henrik Stenson carded a joint record eight-under-par 63 to win The Open by three shots after a final-round battle with Phil Mickelson.

Most betting enthusiast’s favourite at 9/1 was Rory McIlroy but he ended T5 with Tyrell Hatton on four under. Last year’s winner with golf betting odds of 8/1, Dustin Johnson, ended one under together with Andy Sullivan and Matt Southgate.

Magically Stenson’s 20-under total beat Tiger Wood’s record of 19-under at the 2000 Open Championship at St Andrews and ties Jason Day’s record at the USA PGA in 2015. Another record for the Swede is that he became only the fourth man over forty to win The Open Championship in the last 6 years.

Jason Day who was the favorite to win with betting odds of 7/1 hit a mega shank during the third round, ending his Open Championship title hopes. 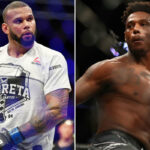 Betting Tips August 3, 2022
0
This weekend's UFC Fight Night is headlined by the clash between Thiago Santos and Jamahal Hill. These two guys are among the top 10... 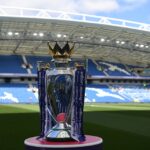 Betting News August 3, 2022
0
The 2022/2023 DSTV Premiership gets underway this weekend. There are some good battles to look forward to. The season kicks off on Friday night with...