We are reaching crunch time in Group 1 and it is becoming a dog fight at the top of the log. A combination of rainouts in important games – New Zealand VS Afghanistan and Australia VS England – along with a shock result – Ireland beating England – means that the group is even tighter than predicted at the start of the T20 World Cup.

Here is a look at the latest Group 1 games with odds from BetXchange.

The winners here survive to face another day, while the losers will see their final match be nothing more than a dead rubber as they will already have been eliminated.

Sri Lanka looked good in qualifying through to the Super 12s, but their mounting injury list hasn’t helped one bit in successive thumpings at the hands of Australia and New Zealand. This should be Afghanistan’s fourth match at this tournament, yet they have only actually played once – England dismantled them – before two matches in a row were abandoned because of rain.

That rain seems to be following Afghanistan around Australia, with some forecasts projecting a 90% chance of rain in this one. If they do get the match off, then it should be close. In the recent Asia Cup – a tournament that Sri Lanka won – Afghanistan got the better of Sri Lanka during pool play before the result was reversed later in the tournament.

Sri Lankan fielders have been putting down catches for fun in Australia – much to the displeasure of their bowlers – and if they can make catches stick here in weather that they tend not to like, then they will have enough to win.

This is a must-win for England. They sit third in Group 1 on three points, two behind New Zealand and Australia. They do, however, have progression to the semi-finals in their own hands’ thanks to a superior net run rate than the tournament’s host nation.

One certain thing is that they need more from their captain. Ben Stokes just hasn’t delivered – only one innings in his last five has reached double digits – while his average of under 19 runs in his last 33 innings in the format is not cutting it.

This match could well come down to the batting depth of New Zealand against the work of the England pace bowlers. We know that Mark Wood will get wickets – and it is worth noting that Liam Livingstone was also good against Ireland – but the front end of the bowling attack has to be more economical against a New Zealand outfit that knows how to swing the bat.

On the other side, Trent Boult looks like the Trent Boult of old, tearing through the tournament and taking six wickets (a career-high) against Sri Lanka last time out. As good as the Black Caps have been, England’s hunger will be enough here against a New Zealand team that doesn’t need the win quite as much. Take the favorites if you are betting on this one. 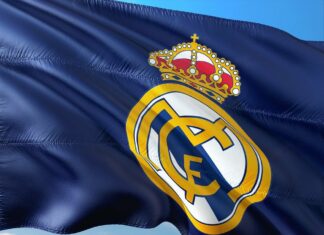 December 7, 2020
0
The final round of fixtures in the group stages of the Champions League takes place this week, and there are still some of the... 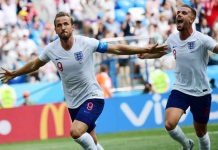 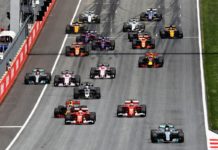