The bout between Cory Sandhagen and Song Yadong serves as the headliner of the UFC Fight Night 210 set for this Saturday in Las Vegas, Nevada. The two bantamweight competitors meet in a clash that could have significant implications on the rankings and a possible title battle. Sandhagen was the interim title challenger, while Yadong is yet to be found in any title talks. Though, if he wins here, the Chinese fighter could easily end up in the fight for the belt.

The 30-year-old is one of UFC’s most attractive bantamweight fighters, whose matches are pure magic. We’ve seen him deliver some fantastic KOs, some of them the best throughout the year. Though, in the big battles, against big dogs, Sandhagen always ended up on the losing end.

Sandman is one of the division’s most precise and diverse hitters, with his long reach allowing him to throw bombs from a distance. He is very slick and athletic, which often gives him an additional edge over his rivals. Also, in recent times, we’ve seen him improve wrestling and slowly introduce it in his fights.

Following a loss to Aljamain Sterling, Sandhagen beat Marlon Moraes, and Frenkie Edgar, both after fantastic knockouts, Moraes via spinning wheel kick and Edgar via flying knee, which was a KO of the year for many media networks. Both of these victories have earned Sandhagen a Performance of the Night bonus. However, afterward, Sandman lost to TJ Dillashaw following a split decision, which was a robbery. Still, the UFC gave him a chance to fight for the interim belt against Petr Yan, though, the Russian won that one via split decision.

The Chinese fighter is 8-1-1 since entering UFC as a teenager in 2017. One of the better boxers in the division, Yadong has established himself as a top ten bantamweight following the latest win over Marlon Moraes in March this year. It was a KO victory in the first round, a very impressive one, and the organization reacted fast, awarding this guy a chance to compete with the best and test his abilities.

If he wins, the Chinese could end up at least a title-eliminator, if not become the next challenger. Though, for some of the analysts, he would need at least one more battle against the top contender to gain routine and experience before going after the title.

His handwork is very, very fast, while the movement in the ring is also at the top level, with room for improvement, because Yadong has only 24 years. The King Fu Monkey, as the fans call him, is one of the biggest talents in the UFC regarding his age and current position in the division.

Sandhagen has more experience in a fight like these, but we can’t neglect the fact that he often had problems against straight-up boxers, and Yadong is one of them. Though, when measuring all the pluses and minuses, we need to mention that Chinese takedown defense and his wrestling aren’t very impressive, while on the other side, Sandhagen has worked on those two things a lot in recent times.

Our pick here would be the Sandman to win and cement his position among the top 5 bantamweights, bidding for another title shot. After Sterling and Dillashaw finish their part of the job, with a win here, Sandhagen would be the first in line to compete for the belt, regardless of the fact that he lost against both of them.

Pick: Sandhagen 1/2 to win at BetXchange 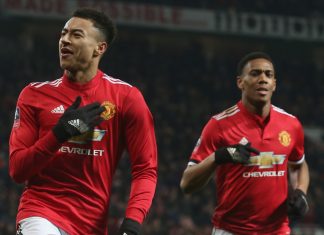 February 21, 2018
0
While the record books lie in wait for Manchester City to rewrite them, the only thing the current top 4 race lacks is an... 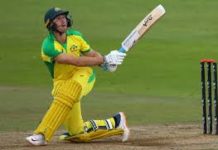 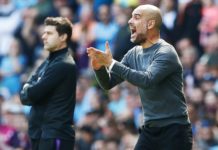 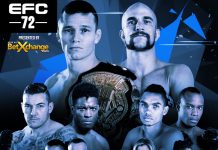