BetXchange brings the preview of the English Premier League gameweek 23. Stick with us for the ext five minutes to see them, as well as the odds and the best pick for each contest.

The Hornets lost seven of the last eight games, with that single draw coming seven days ago in Newcastle. Their Premiership status is under pressure as they have only one point more than Norwich. Therefore this match will be extremely important for both sides. The Canaries have shown some signs of life recently, and we predict this clash to be very fun to watch.

Rafa Benitez is out, and hopefully, this Toffees’ team can now show a bit of its creativity and flair. Under the Spaniard, there was no way to do that. The last seven of their matches saw both teams netting. On the other side, the situation in Villa is not good, as they suffered three defeats and had a draw over the past month. In three of those events, both teams netted.

The Peacocks have several injured players, but that has been the story of this unit during this campaign. They’ve been solid over the last two EPL matches, beating Burnley and West Ham, though not keeping clean sheets in either of them. Newcastle’s road to survival didn’t start as planned, playing only 1-1 at home to Watford. We aren’t sure whether they have the quality to beat the Peacocks at Elland Road, but scoring a goal is just fine.

Pick: Both teams to score 0.60 at BetXchange

One of the most interesting matchups of the entire round, as both teams know one another very well, and have pressure to post a good result. United is inconsistent and pale, probably playing without Ronaldo. The Hammers lost the first game after four wins in a row, but their efficiency is high. This match can go either way, which is why we suggest betting on goals.

The champions are an unstoppable force this season, and they are playing superbly. Southampton is in solid shape as well, despite losing to Wolves at Molineux the previous week. Though, they can’t measure with Guardiola’s unit, who will win this game.

This is a game the Gunners simply need to win, otherwise, their attempts to reach the UCL zone could suffer a great setback. Burnley is the last-placed crew in the league, and their future doesn’t look promising at all.

The Reds eliminated Arsenal from the Carabao Cup semis this Thursday, which is a big morale boost for them. It proved that even without Salah and Mane, this unit plays well. The Eagles are solid lately, but rarely keep clean sheets, which is why we bet on Liverpool’s win in this event.

Chelsea and Tottenham face one another for the third time in the last two and a half weeks. We saw them fighting in the semis of the EFL Cup, where Chelsea eliminated the rivals, 3-0 on aggregate score. Tottenham won this midweek in Leicester, creating one of the most incredible comebacks in the Premiership this year. Chelsea played 1-1 in Brighton, performing pretty poorly. That is why we believe that the best possible pick here is for both teams to score.

Pick: Both teams to score 0.95 at BetXchange.

The Foxes lost what was supposed to be a won game against Tottenham, allowing two goals in the span of 60 seconds. That is a terrible blow for Brendan Rodgers and his boys. Meanwhile, the Seagulls are without a defeat in the last six matches, and all of them saw goals on both ends. Knowing that Leicester too plays efficient contests, this one should end with lots of goals. 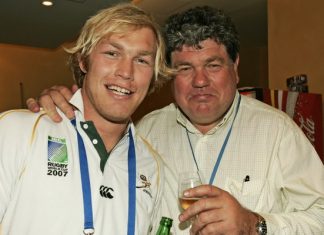 April 24, 2017
0
Growing up watching your father competing on the international stage in any sporting arena must have a huge impact on a boy and, for... 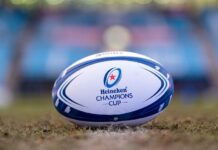 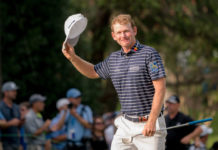