The opening round of the United Rugby Championship turned out to be baptism of fire for South African sides last weekend with three out of the four teams losing their first matches on the unfamiliar terrains of Europe.

The Lions started with promise after they held on to beat Zabre during the opening match of the tournament but things went pear shaped with Benetton beating the Stormers, Leinster thrashing the Bulls and the Sharks losing to Munster.

They return to action this weekend with the Stormers, Bulls and Sharks looking for redemption against Munster, Connacht and Warriors respectively while the Lions will be out to make it two wins out of two when they take on the Scarlets.

Connacht head coach Andy Friend has made three changes to their starting XV with Jordan Duggan, Dave Heffernan and Abraham Papali’i all drafted into the starting line-up.

Finlay Bealham joins Duggan and Heffernan in the front row while the second row is unchanged with Oisin Dowling partnering Ultan Dillane.

Abraham Papali’I, who is making his first appearance of the season, will come in at number 8 with captain Jarrad Butler moving to openside flanker and Cian Prendergast retaining his spot on the opposite flank.

The half-back partnership of Kieran Marmion and Jack Carty is unchanged, as is the centre pairing of Tom Daly and Tom Farrell.

Wingers Mack Hansen and John Porch and full-back Tiernan O’Halloran complete the back three and among the replacements is new signing Leva Fifita, who is in line for his Connacht debut, and Irish international Caolin Blade who has returned from injury.

Bulls coach Jake White has made a number of changes to the team that featured in the opening round loss last week.

The most notable of White’s changes sees Springbok fullback Ruan Combrinck due to earn his first start for the side after he made his debut off the bench during the domestic Currie Cup campaign.

Combrinck will start at fullback, alongside another new starter in Stravino Jacobs, who will don the No11 jersey while the forwards will buckle down with a new-look front row as loosehead prop Lizo Gqoboka, hooker Joe van Zyl and tighthead prop Jacques van Rooyen will be part of the starting XV.

Pick: Connacht Wins by 0.59 at BetXChange

Lions coach Ivan van Rooyen has named an unchanged match 23 squad to face Welsh side Scarlets for their second round match at the Parc y Scarlets Stadium in Llanelli after they beat Italian side Zabre in the opening match last week.

In announcing the squad this week, Van Rooyen said he believes that his team has confidence going into the match against the Scarlets where he is going to rely on key players like captain Burger Odendaal, Jamba Ulengo, Ruan Dreyer, Wandisile Simelane, Jordan Hendrikse and Vincent Tshituka.

Scarlets coach Dwayne Peel has named new signing WillGriff John in the starting line-up for his first start in the side that shows four changes.

The tight-head prop swaps places with Samson Lee who is named among the replacements and there are two more changes behind the scrum with Tom Rogers coming in for Ryan Conbeer on the right wing and Sam Costelow getting the nod over Dan Jones at fly-half.

Scott Williams and Jon Davies, who combined impressively in the Scottish capital, continue their midfield partnership with Davies again captaining the side.

Up front, John packs down alongside Rob Evans and Ryan Elias, while there is an all-new second row pairing of Jac and Tom Price and Aaron Shingler and Sam Lousi are both ruled out through injury.

The back-row of Blade Thomson, Dan Davis and Sione Kalamafoni is retained and Shaun Evans, a late addition to the squad in Edinburgh, is included as back-row cover and Morgan Jones comes in to provide cover at lock on the bench.

Pick: Scarlets Wins by 0.10 at BetXChange

For the first time since 2017, Glasgow Warriors will take to the field against an opponent they previously never faced as Danny Wilson’s men welcome the Sharks to Scotstoun.

Though they have never met before, there are a few Warriors who have previously played against the Sharks.

Glasgow loose-head Oli Kebble made three appearances against the Sharks during his time at the Stormers and back-rower Jack Dempsey did likewise during his spell with the Waratahs.

Whilst they will miss this weekend’s clash due to international commitments, Argentinian trio Enrique Pieretto, Domingo Miotti and Sebastian Cancelliere have also crossed paths with the Sharks in previous seasons during their time with the Jaguares.

Sharks coach Sean Everitt has made three changes to his starting line-up by bringing in Fez Mbatha for Kerron van Vuuren at hooker while Ruben van Heerden will also return to the starting XV while Gerbrandt Grobler has moved to flank in the place of Henco Venter.

In the final change, Murray Koster takes over from Marius Louw at centre.

Koster and replacements Lourens Adriaanse, Thembelani Bholi, James Venter and Tian Meyer will all make their URC debuts for the Sharks in this match where they will be the first South African team to play on a synthetic pitch.

Pick: Warriors Wins by 0.28 at BetXChange

Stormers is one of the South African teams that will be looking for their first win of the competition when they take on favourites Munster in Limerick on Saturday evening where adverse weather conditions are also predicted.

Former Blitzbok star Ruhan Nel said the challenge of playing against such varied and different styles and influences each week is exciting but for him it’s not entirely new as he faced a lot of variation in terms of opponents in his days on the World Rugby Sevens Series.

“These are the games you want to play, you want to experience what it is like to play against the Ireland style and then the next week you are playing against a Scottish team, and it reminds me a lot of Sevens,” said Nel.

“In Sevens you can play against England in one game and then in the next against Fiji. You’ve got to be adaptable and adjust quickly, and it will be the same in this competition.”

Pick: Stormers Wins by 10.00 at BetXChange 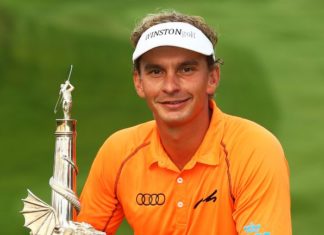 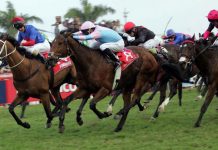 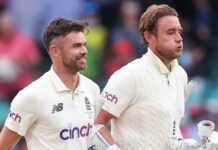 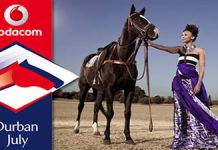