The festive season means a feast of football from the Premier League. The managers may hate it – and the views of the players seem to vary – but for fans, there is nothing better than having multiple games in different time slots on consecutive days. Round 16 runs from Monday to Wednesday.

Here is a look at the five best matches of the round:

It will be interesting to see what type of team the Foxes put out here against a Crystal Palace side in dreadful form. Brendan Rodgers has said he will rest the likes of Jamie Vardy and Youri Tielemans given the 48 and a half-hour gap between games, something he did last season when he made nine changes between the two festive fixtures. His rotational players have had plenty of football this term (Europa League) and I expect whatever side he puts out to be too much for Roy Hodgson’s beleaguered bunch. Take City at 1.01 with BetXChange.

Frank Lampard will be looking for a reaction from his team at Stamford Bridge after a bitterly disappointing Boxing Day reverse at the hands of London rivals Arsenal. Chelsea didn’t wake up until they were 3-0 down, while Villa picked up a 3-0 win against Crystal Palace despite being down to 10-men for the entire second half. The teams will be interesting with just 48 hours before games – expect Reece James and Ben Chilwell to be doubts for Chelsea – but the Blues do have the deeper squad. Villa have been a tough outfit at the back end of 2020 and I expect Dean Smith to make this hard enough for Chelsea to end in a draw at 3.25 with BetXChange.

This is second vs. sixth coming into the round with the Toffees again flying high after a little bit of a lull in November. These were the only two sides in the top six to win in Round 15 – meaning both made up ground on the squads around them. Manchester City look great with the ball – as always – but their scoring output is a shadow of what it has been in recent seasons. I wouldn’t touch City here, but Everton are worth a flyer at that price as a shot in the dark.

If Sheffield United are to get out of jail – they have a record low points total after 15 matches – then this is the type of game they need to find a way to win. Burnley are just two-points out of the relegation places and neither squad was able to pick up a point in Round 15 with United losing late to Everton and Burnley going down 1-0 against Leeds. There is a lack of quality in the final third here that hurts both sides – while Sheffield United in particular has been beset by injuries. Burnely are far from great, but Sheffield United are on borrowed time and will lose here.

It is your prototypical mid-table clash as ninth-placed Southampton take on tenth-placed West Ham on England’s South Coast on Tuesday. The season has been so weird that the Saints are just two-point out of a Champions League place, while West Ham has been their typical inconsistent self with one win, two draws, and two defeats in their last five outings. The continued absence of Daddy Ings with a muscle issue is really hurting Southampton and West Ham may also be without their most notable striker as Michail Antonio didn’t play against Brighton in Round 15 with an injury issue of his own. David Moyes will come out playing for a draw and that is exactly what he will get at 2.45 with BetXChange. 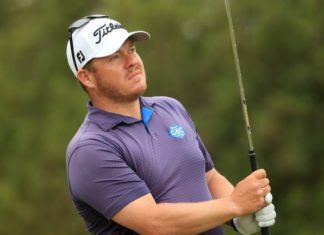 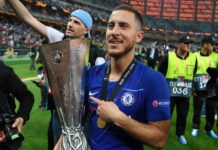 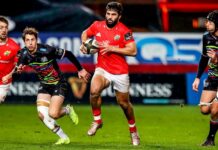