For the 12th time in his rich career, Rafael Nadal won the French Open. The Spanish player defeated Dominic Thiem in the finals with 3-1, 6-3 5-7 6-1 6-1, and proved his domination on the clay surface.

He needed somewhat more than three hours to beat Thiem who managed to take at least one set and level the score to 1-1, but totally collapsed afterward.

Both players opened the match with excellent tennis. Thiem took the first break points, but Nadal immediately responded with the same measure. The Austrian had a chance to repeat that, but No.2 in the world pulled away and broke Thiem’s serve in the next game.

It was a perfect moment for Nadal, who also took the first set with 6-3.

The second sequence was a bit different than the opening. Players confidently preserved their services, and the only break point happened in the 12th game, when Thiem successfully stopped Nadal, leveling the score to 1-1.

Everything indicated that fans might witness great tennis at Chatrier, but it turned out to be completely opposite. Nadal simply smashed Thiem in the next two sets, allowing him to take one game in each of them.

The Austrian simply stopped playing, and Nadal used that in the best possible way.

This was the 13th head-to-head match between these two guys, and Rafa posted his 9th win, fourth here in Paris. Unlike the previous year when they also met in the finals, Thiem took at least one set, but that won’t be some comfort for No.4 in the ATP rankings.

With this victory, Nadal came down to only two Grand Slam’s away from Federer. The Spaniard has 18, while FedEx has 20. 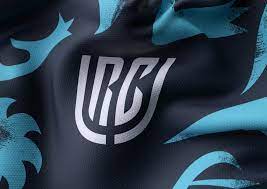