Sri Lanka and South Africa meets with both countries in disparate need improving their positions on the ODI Super League points when they meet in their limited overs series which comprises of three ODIs and three T20s.

The series starts on Thursday and all the matches will be played at Khettarama in Colombo.

Sri Lanka are currently sitting down at 11th place on the table following two wins from eleven completed matches while South Africa are above them on tenth place with two wins from their five completed games.

Sri Lanka announced a 22-member squad to be captained by Dasun Shanaka for the ODIs and T20s with Dinesh Chandimal returning to the side and Dhanajaya de Silva to act as vice-captain for this series that is part of ICC’s Cricket World Cup Super League.

South Africa will be without some of their key players in the form of wicketkeeper/batsman Quinton de Kock, fast bowler Lungi Ngidi and explosive batsman David Miller for the ODI series for a variety of reasons.

Sri Lanka have omitted the likes of left-arm wristspinner Lakshan Sandakan, seam bowler Kasun Rajitha, and middle order batter Ashen Bandara from the squad after modest performances during the limited overs series against India in July.

Kusal Perera returns to the Sri Lanka squad for South Africa’s tour of the island following a battle with Covid-19 even though there is no guarantee that he will be available for the ODI leg of the tour as he is still working on his fitness.

In other team news for the hosts, veteran seamer Nuwan Pradeep and experienced batter Dinesh Chandimal makes timely returns on the back of good performances in the recently-concluded domestic T20 tournament.

Younger players who also found places in the squad following impressive performances in SLC’s Invitational T20 League are legspinner Pulina Tharanga, who was joint-highest wicket taker, and Kamindu Mendis, who was the second-highest scorer in the league with 193 runs from three innings at a strike rate of 168.

Offspinner Maheesh Theekshana and seam bowler Lahiru Madushanka did not quite impress to the same extent but have found places nonetheless.

South Africa are missing fast bowler Lungi Ngidi on this tour and there is no frontline spinner Imran Tahir who used to be a thorn on the side of Sri Lanka in this format but this is not a train smash for the Proteas as they have capable replacements.

South Africa will also be without wicketkeeper/batsman Quinton de Kock who will be replaced by either Heinrich Klaasen and Kyle Verreynne behind the stumps while one of the top order batsmen will replace the explosive David Miller.

SA left the country last week with a dark cloud over the head of embattled coach Mark Boucher as he is at the centre of serious allegations of racial discrimination made by former teammates and it remains to be seen how they will perform on the field.

Sri Lanka are expected to use their traditional weapon of spin against South Africa and they have named no fewer than five frontline spinners in their squad as well as two offspin-bowling allrounders while the Proteas will rely on Tabraiz Shamsi and George Linde and quicks Kagiso Rabada and Anrich Rabada. 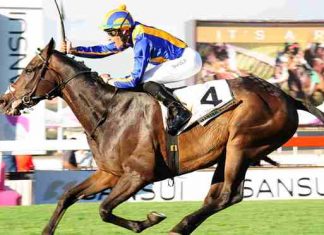 November 28, 2016
0
For the second year in a row, Master Sabina has won the Sansui Summer Cup at Turfontein Racecourse in Johannesburg on the 26th November... 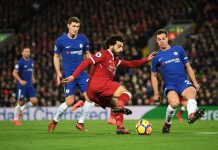 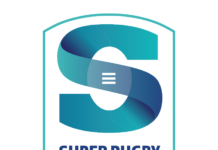 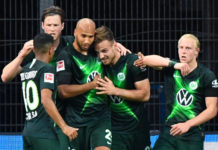