The semifinals of the German DFB Pokal are on this midweek. We have two interesting games coming up, with Hamburg hosting Freiburg and RB Leipzig awaiting Union Berlin. Surprisingly, Bayern Munich, both Borussia Dortmund and Monchengladbach, and Bayer Leverkusen are out, which opens the chance for one of these four sides to win a trophy.

We will present both events through a preview, plus the best pick with the odds included.

Hamburg is the host, and they play in Zweite, the second tier of German football. They are one of the country’s biggest teams, and reaching this stage woke up the fanbase, who can’t wait for this game to start.

HSV isn’t in good form, as they have two wins and two losses in the last four games. They are inconsistent, which is the main reason why they aren’t among the top three places in the league. Hamburg won the previous two games at home, with a combined goal difference of 7-0.

Freiburg lost only once in the past ten games, posting mostly wins throughout that period, usually with two or more goals scored. The Zebras play well on both sides, and the explanation for that is their fluid tactics. They can adjust to any rival and any style of play without too much trouble.

In the last five road contests, this unit won three times and had two draws. Four of those events were with both teams scoring, and all the same games were with a moderate efficiency, 2 or 3 hits.

Our pick for this event would be a double chance – draw or Freiburg, as we think that they have a better team than the hosts, and what is more important, they have been more consistent over the recent few weeks.

Pick: Draw of Freiburg 3/10 at BetXchange

Unlike the previous encounter, this one is between two Bundesliga clubs. The Bulls are in fantastic shape, not losing the last 14. They are coming off two big victories, one in the Europa League in Bergamo against Atalanta, 0-2, and Bundesliga in Leverkusen, 0-1. We can say that RB plays the best football in Germany right now and that they seem like a top favorite for winning both cup competitions.

Leipzig didn’t allow a goal in three straight events, but what scares its fans are troubles when playing at home. After four draws in a row, the Bulls finally defeated Hoffenheim this weekend 3-0. That was only because these particular rivals didn’t defend. Otherwise, RB would experience trouble.

Union is also on the rise. The team from Berlin has three wins in a row, two of them with either clean sheets or two goals scores. After taking down Koln, they beat the archenemies, Hertha, at the Olympic Stadium, 1-4. At last, Union was better than Eintracht this weekend, 2-0.

Berlin isn’t playing very well on the road since the start of February, and before beating Hertha, they had four losses in a row, not scoring in each of those events.

We won’t take too much of your time here but be pretty straightforward. RB is far better than the guests, and after seeing them dismantling various top teams from both Germany and Europa League, we can’t suggest anything else but the hosts’ routine victory. The final pick is RB to win and cover a 1.5-goal handicap. 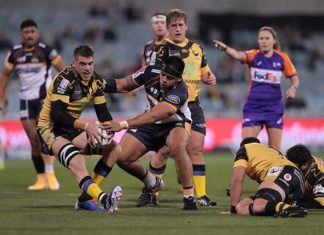 September 3, 2020
0
The final round of matches in Super Rugby AU sees a dead rubber at the top of the table between the Reds and the... 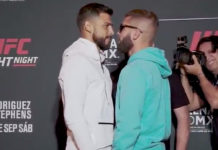 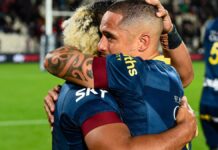 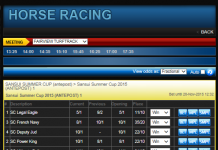