English Premier League gameweek 7 is on the menu for all us soccer lovers. Therefore, BetXchange is here as usual to bring a short preview of all ten matches.

The opening game of the weekend sounds promising. United is on fire following a late winner in the UEFA Champions League provided by Cristiano Ronaldo. The Red Devils have a massive swing, and they need to use it on Saturday. Everton is in solid shape, having the same record as United, but with a worse goal difference. They love to play on goals this year.

The Blues suffered two defeats in a row, something that we haven’t seen since Thomas Tuchel sat on their bench. Furthermore, the European champs didn’t score in those 180 minutes, which only adds more headache to the German head coach. The Saints oscillate a lot, and aren’t at the needed level of play to endanger the hosts.

Wolves snapped the negative streak with a surprising win in Southampton, 0-1. Their opponents didn’t win in the past seven matches and are one of few units without a triumph in the EPL this year. We expect to see a very tough game with both sides trying to protect their respective goals, so we propose low efficiency.

We expect to see the Peacocks in better shape, with some of their starters recovered following injuries that separated them apart this past weekend. Watford is a team that loves to play open football, the same as their hosts, which is why both teams to score sounds as the most logical solution in this particular case.

Pick: Both teams to score 0.72 at BetXchange

This is a perfect chance for the Clarets to post the first win of the year and start moving away from the bottom of the standings. Sean Dyche’s side needs three points here, and we believe they will win it because Burnley is a better team than the Canaries.

We’ve seen some positive reactions in Arsenal following several very poor performances. The Gunners rolled over Tottenham last week, boosting the morale and reminding everyone about their quality. The Seagulls are playing above all the expectations, but in our opinion, it is time for them to start slowing down.

We can’t really say what is going on with the Spurs, but a 5-1 win in the Conference League over Mura is a positive step following a few nasty defeats. Aston Villa is playing the hot and cold game but is still in the middle of the standings. They are one solid team, and we expect them to score in London.

Something isn’t right with the Foxes, who can’t find their last year’s form. They have only one win in the past six games, which is a big concern for all of their fans. Crystal Palace is in the same position, with one triumph in seven games. For us, a draw is the best pick for this event.

Solid performances brought the Hammers all the way up to place nN.7, but just three points away from the league leaders, Liverpool. They will have a tough task to take down the newcomers from the Championship, Brentford, who has played superbly since the beginning of the campaign. Last week they snapped one point from L’Pool, 3-3. For us, this is a game in which the home team has to triumph, to continue its quest towards the top of the standings.

The big derby closes the round. Two of the latest champions meet at Anfield. Liverpool seeks to keep first place in the standings, as they currently sit one point in front of the Citizens and several other units. This is an open match, that could go either way, which is why our focus will be on goals.

Pick: Both teams to score 0.65 at BetXchange 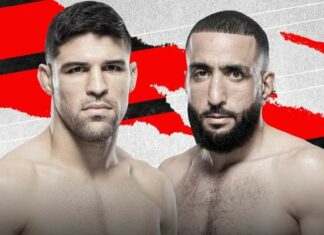 April 16, 2022
0
Vicente Luque and Belal Muhammad meet in the headliner of the UFC on ESPN 34. The two welterweight fighters have high ambitions for this... 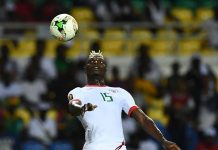 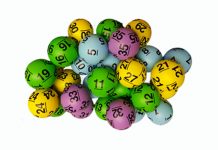 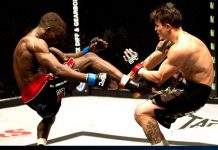 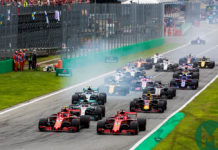